Testimony in support of SB 311 – An Act Updating the Definition of Sex Trafficking from The Village on Vimeo.

My name is Yvette Young and I have the privilege of working as the Human Anti-trafficking Response Team Coordinator through The Village for Families & Children in partnership with the Department of Children and Families (DCF). The Village for Families & Children is a 200- year-old nonprofit dedicated to transforming the lives of children, youth and adults in Connecticut. In 2014, The Village was selected by DCF to partner with them in their Human Trafficking efforts. In my role as the HART Coordinator, I work closely with key stakeholders who are invested in the eradication of human trafficking in our state as well as providing services and support to victims of this crime. HART is focused on developing a comprehensive system in CT that focuses on prevention, identification, rescue of victims, prosecution and recovery support. Based on our work with minor victims of human trafficking, I support SB 311 An Act Updating the Definition of Sex Trafficking, because I believe our children who are being trafficked deserve justice.

SB 311 An Act Updating the Definition of Sex Trafficking

Our current Trafficking in Persons law as written does not provide protection for all trafficking victims nor does it hold their perpetrators; those who are selling them and buying them accountable for their actions. Our law currently only considers an incident as trafficking if there is an exchange of sex for a fee. In contrast, the Trafficking Victims Protection Act (TVPA) states that an exchange of a sex act for anything of value is considered trafficking. SB 311 would allow for our State law to be more aligned with the federal definition of human trafficking. Although SB 311 addresses the fee issue, it does not address the issue of buyers. The Trafficking in Person Council recently recommended language that would align our current trafficking in person law with the TVPA as it includes language about an exchange of sex for anything of value as well as patronizing or soliciting a person under eighteen years of age to engage in conduct involving sexual contact. I recommend that this committee take a look at that proposed language.

Why is this alignment so important? It is important because often our youth are being sold or exchanging sex not only for a fee but for other items. In many cases, sex is being exchanged for drugs, a place to stay, food, clothing, phones, etc. If money is not being exchanged, that does not change the victimization. The fact is our children are being sold and bought and we need a law that states that it is trafficking if there is an exchange for something of value.

The National Center for Missing and Exploited Children reported that in 2017 there were 25,000 runaways and that one in seven of those children were likely victims of sex trafficking. Our runaway/homeless youth are one of the highest risk populations for human trafficking. They do not have the resources needed to survive on the streets. They are extremely vulnerable and traffickers are aware of this vulnerability. They often approach these youth within 48 hours of them being homeless. They often lure them into a life of trafficking by offering them not money but food, clothing or shelter in exchange for them performing sex acts. In some cases, youth have to resort to selling themselves in order to survive.

In 2017, DCF received 212 unique referrals of children who were high risk or confirmed victims of sex trafficking. In many of these cases there is not an exchange for a fee and by our current state law these cases would not be considered trafficking cases. There have been cases were drugs was exchanged for sex due to the youth having an addiction to drugs. As often traffickers will supply youth with drugs or a youth may decide to utilize drugs in order to perform the sex acts their trafficker and buyers want. Does this child not deserve to see her exploiters prosecuted for the crime of trafficking? Our current law says no, because there was not an exchange of sex for a fee. This has to change. This is why it is imperative that we update our trafficking in persons’ language because these children deserve to see their exploiters held accountable for their behaviors. If we do not change our law to be more aligned with the federal definition of human trafficking, what message will we be sending to our children, when we let their perpetrators go free?

Why should you support this bill? Because it is time to align our State law with the Trafficking Victims Protection Act, so all children who are trafficked can receive justice. It is time for our laws to start protecting our children not their perpetrators. It is time that we show our human trafficking victims that their exploiters will not go unseen and unpunished. It is time to hold exploiters accountable for their criminal actions. Send a message to our children that human trafficking in CT is unacceptable. Therefore, I urge this committee to support SB 311. 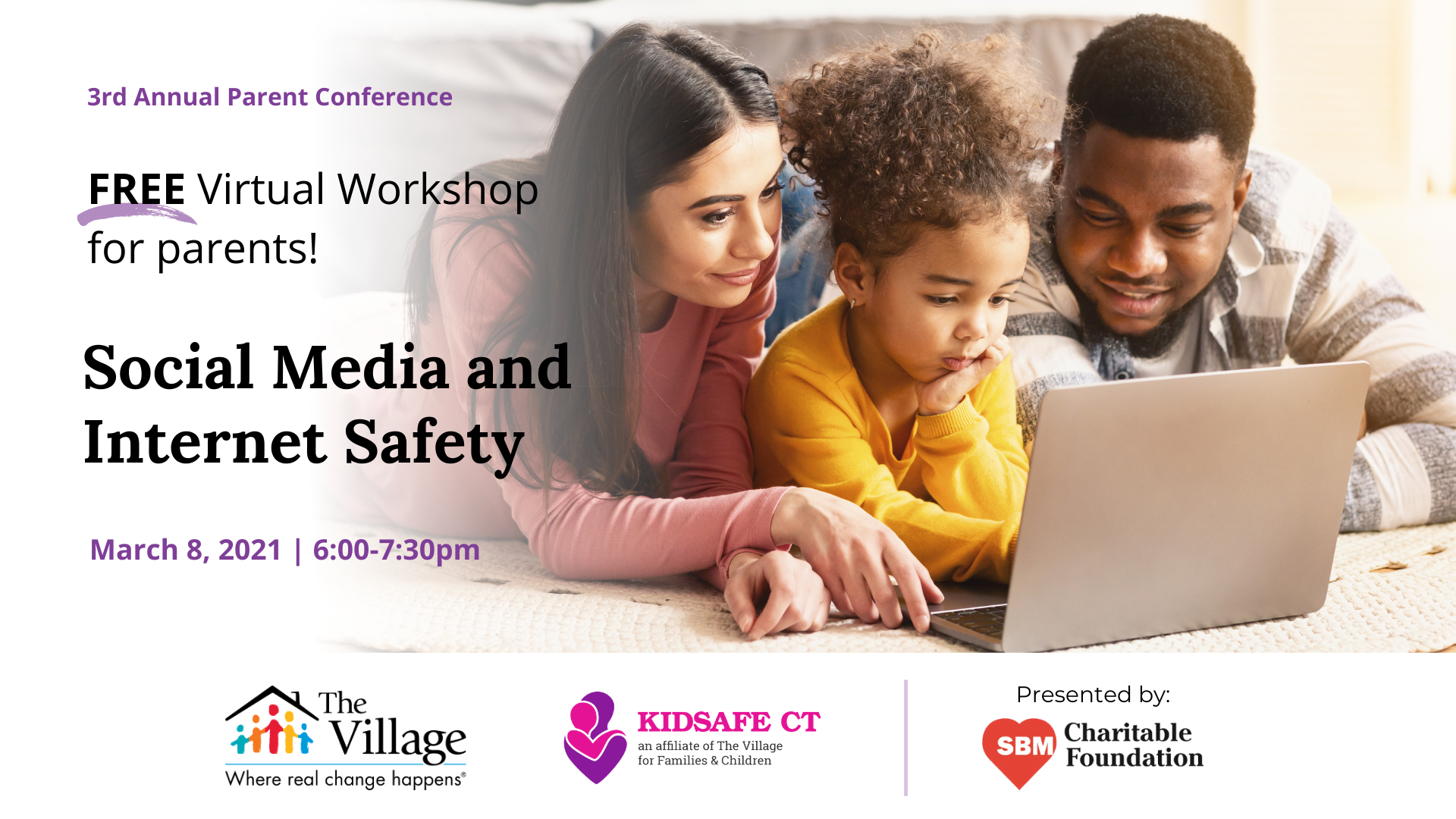 Join us for a FREE parenting workshop, Social Media and Internet Safety to learn about the technology children use.